Sorry, this has taken so long to finish, it’s a busy life.
Shkodra was the first Albanian city I visited, 3 years ago  I was surprised by the number of cyclist, especially the number of older riders, who were nicely dressed for office jobs. HERE’S the history of the bicycle in Albania and especially Shkodra, it’s an interesting read.
I have an interesting history with Shkodra, HERE’S that story.  So needless to say I couldn’t stay at the hostel that I stayed at last time.  So I drove around until I spotted something interesting,

It’s the off season and there a good deals everywhere, Hotel Tradita  was more than a great deal.  It was a museum acting as a hotel or a hotel acting as a museum–both.  I got this super room with traditional rugs, decorations and a TV to watch basketball games. 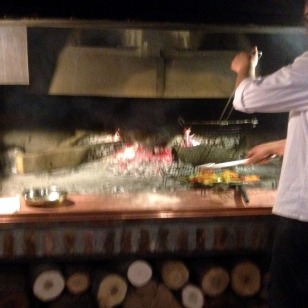 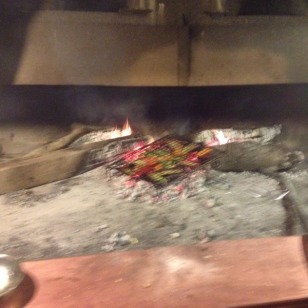 GOOGLE PHOTOS OF TRADITA HOTEL
I walked to the neighborhood where I got my painting, the artist had moved..  I spotted ARKA Hostel & Coffee shop and had a coffee.  I felt at home here, everyone was very friendly.  They asked me to move in, but my museum hotel room was too good to give up. I learned they were having an open mike night.  Most of the music was sung in English, except by my new friend Victor.  He thought it would be great to sing in Albanian, WTF.  Another artist started playing a few cords of a song and everyone started to clap.  I figured it was an Albanian song that they all knew, nope, it was Deep Purple-“Smoke on the Water.”  I was a little embarrassed that I didn’t know the song, with just a few cords.  It was a very popular song, everyone knew it and clapped loudly when they were done. 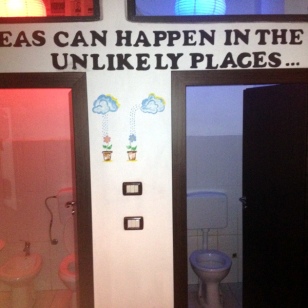 Vincent told me I should look into riding the Lake Koman Ferry.  I called around and the bad of winter travel, I was the only one that wanted to go.  They said for $150 euro they would take me, nope.  Since I have a car, I thought I would drive out to the ferry location and lake, to check it out. 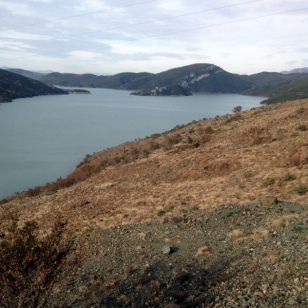 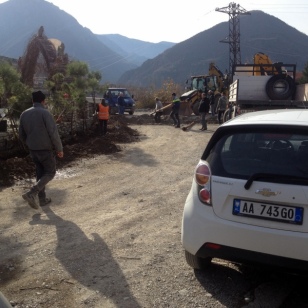 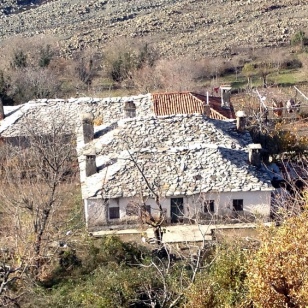 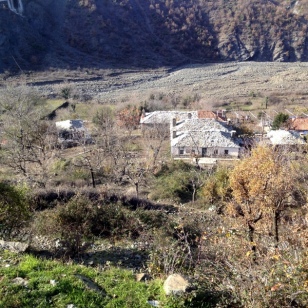 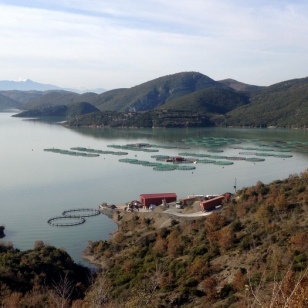 The hotel had bicycles that you could borrow, so of course, I borrowed.  I just started riding around and taking photos.  My route took me to the Roma Camp (Gypsy Camp).  People bad mouth the Roma, but there would be no recycling without them. 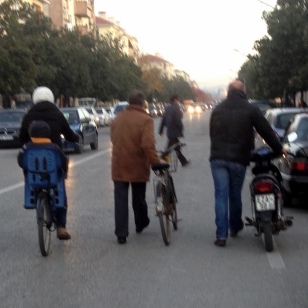 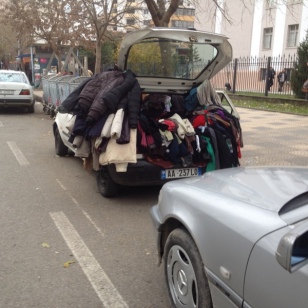 THIS IS ALBANIA, THIS IS WHY SOMETIMES YOU NEED TO JUST LOOK UP 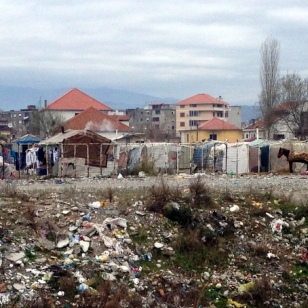 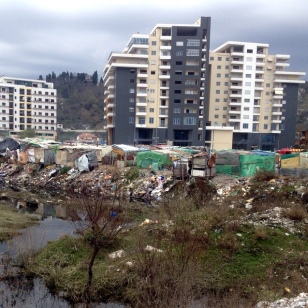 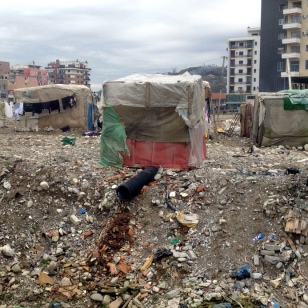 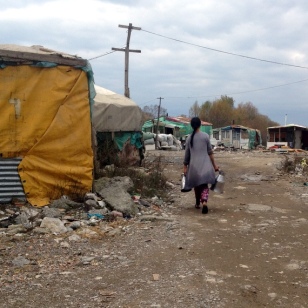 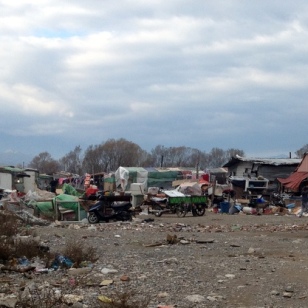 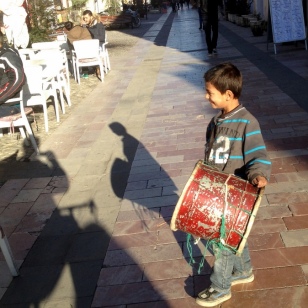 THEY DIDN’T EVEN ACKNOWLEDGE HIM

SOMEONE TIED UP THEIR HORSE IN THE PARK?

This is my third trip to Shkodra and I was running out of new places to visit.  So I googled “what to see in Shkodra?”  again Travelocity.  I learned that the Venice mask company is located here and open for tours.  I’ve been to Venice 3 time and thought all those masks were from China, wrong.  I toured thesales area, but was told I couldn’t visit the workshop.  I’m good, I talked my into the workshop, of course!  But I wasn’t allowed to take any photos.  I talked with one of the workers and he said he had graduated from art school.  After watching what they were doing, I could see they were all very professional artist.

TRAVELOCITY VENICE MASK WORKSHOP PHOTOS (my photos were shit)
Here’s a video I did, it’s a little better

I spent 6 days in Shkodra and did a million different things.  I’m going to do part V.2 in the next blog, this one is long enough and I’m running out the door.
Enjoy
Jeff
NEXT: More Shkodra, bike route research, communist prison and more photos