Made it to Granada. Did a u shaped ride from Seville through Grazalema to the beach, Malaga & UP! To Granada, I’ve biked 1236 km & it’s rained for only 1 hour in nearly 2 months.
I didn’t leave the lake yesterday till 3:30. I passed several cycling tourist one older Swiss gentleman was touring on an electric bike. 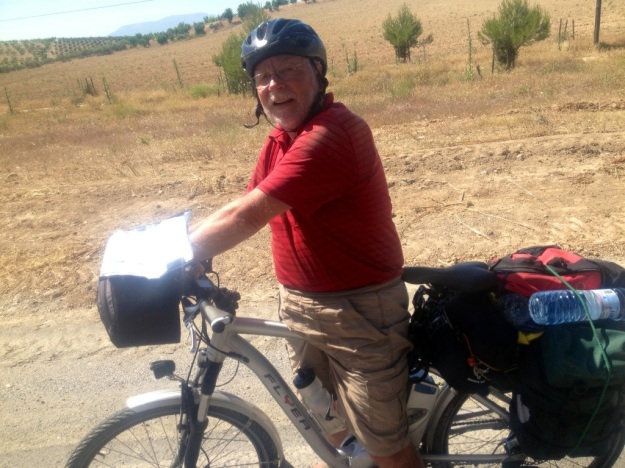 He said he was going hotel to hotel so he could recharge his battery.
Leaving was hard yesterday, you could have stayed a week.

The views from the bike are awesome

Driving I wouldn’t have stopped so many times & taken pictures.
There’s potential to take people on tours around here, it’s that great.