I camped in CANNES, I wanted to arrive in Antibes earlier the next day. I camped at LES PRUNIERS Bungalows & Camping. Best WIFI in France and its free! The swimming pool was right next to the river the bathrooms were super clean and best of all? EVERYONE spoke great English. The host told me how to bike to the Decathalon store using the safe bike path. It took me 2 attempts but I finally got the new sleeping pad I so desperately needed.

MY 20 YEAR OLD THERMAREST GOT A TUMOR AND HAD TO BE REPLACED BY A FULL SIZE MODEL
I’m staying at Corey’s place in Antibes, France. Not as well known as St. Tropez or Cannes, but just as upper class as them. Plenty of expensive boats in the harbor, shopping, fancy cars, gated and walled compounds.

YOU CANNOT SEE INTO OR OVER ANY FENCE OR GATE, VERY PRIVATE.
ANTIBES sits out somewhat from the mainland. They have a
PICCASO MUSEUM, its the 4th Piccaso Museum that I know about. I saw a painting in a gallery across the way from the museum, I’m thinking about buying. (thinking).
Corey’s apartment couldn’t have come at a better time. The bike needed work, the trailer was broken and stuff was falling out, my shoe inserts came unglued, the laundry was due to be done, I needed to go food shopping.
I bought the parts for the trailer at a boat shop (my first mistake) cost? over $40 for 2 latches and some screws yikes! So all I need is a drill. Mark who had Corey’s keys for me suggested his dad might be able to help. 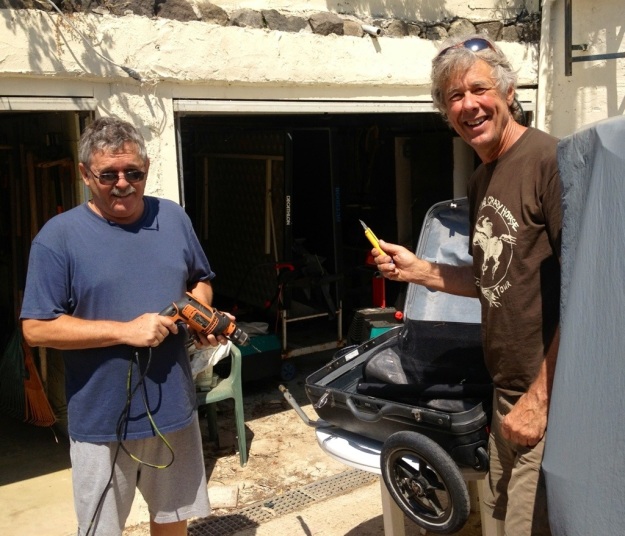 JEAN-MICHEL WAS THE BRAINS BEHIND THE OPERATION.
Without his input we wouldn’t have accomplished what we did. They live at the top of a hill over looking Antibes with swimming pool. WOW!
I went shpping at a store called CARREFOUR its somewhere between a Fred Meyer and Costco. The place was an uncontrolled mad house. The French drive their shopping carts like they drive their cars, aggressively. I saw people opening jars of spaghetti sauce and smelling them to see which one they wanted. They sell 6-1 liter bottles of water wrapped in cellophane.
I witnessed someone stuffing candy in between the bottles, basically stealing the candy. There were shoppers everywhere who could see what was going on. Nobody said or did anything.
Again having a good bike with me really opens up opportunities to do some exploring (by bike). I thought I would ride around Cap Antibes. 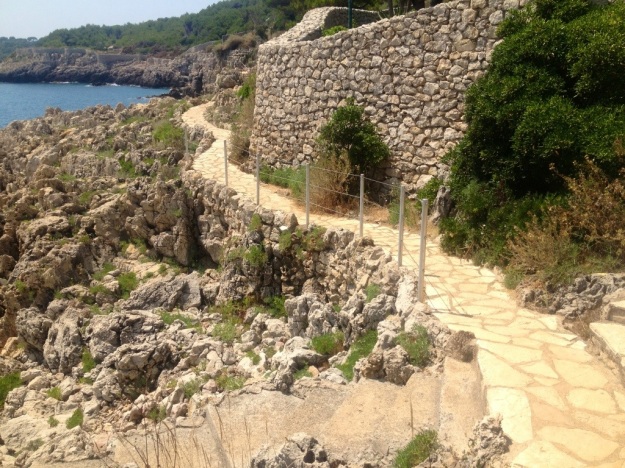 IT STARTED OUT AS A BIKE-ABLE PATH. 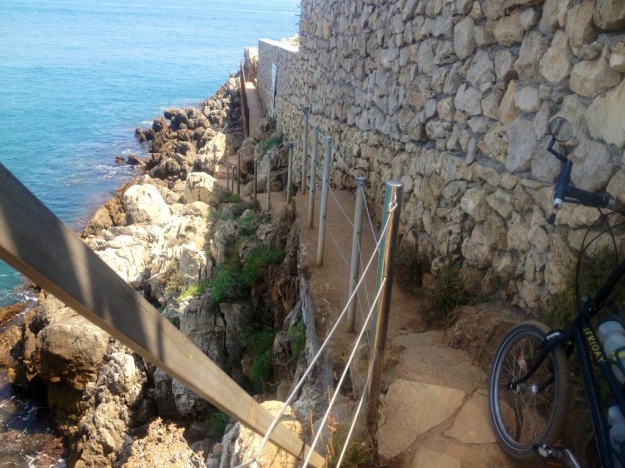 BEFORE LONG I WAS CARRYING MY BIKE UP AND DOWN THESE STONE STEPS.

FINALLY AN ESCAPE ROUTE OFF THE TRAIL AND STAIRS. Lots of security cameras and listening devices while walking up. 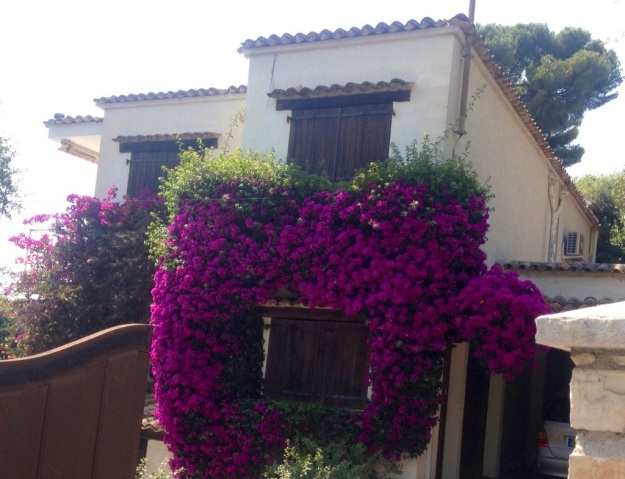 THE LANDSCAPING COMPANY WAS WORKING ON THIS HOUSE SO ITWAS A RARE CHANCE TO SEE THE HOUSE WITH THE GATE OPEN.
Corey’s has views of both the pool and the ocean. I get up early and caught this

BEAUTIFUL SUNRISE
Every beach is crowded here, Its the peak season here, Northern France is closed they’re all at the beach. 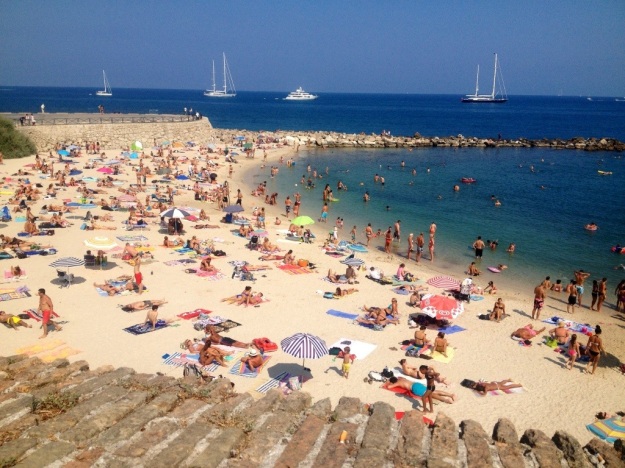 IVE SEEN SO MANY TOPLESS BEACH GOERS, ITS USUALLY GRANDMA
TAKE CARE JEFF
WHATS NEXT? I SPEND THE DAY IN MONTE CARLO MONACO