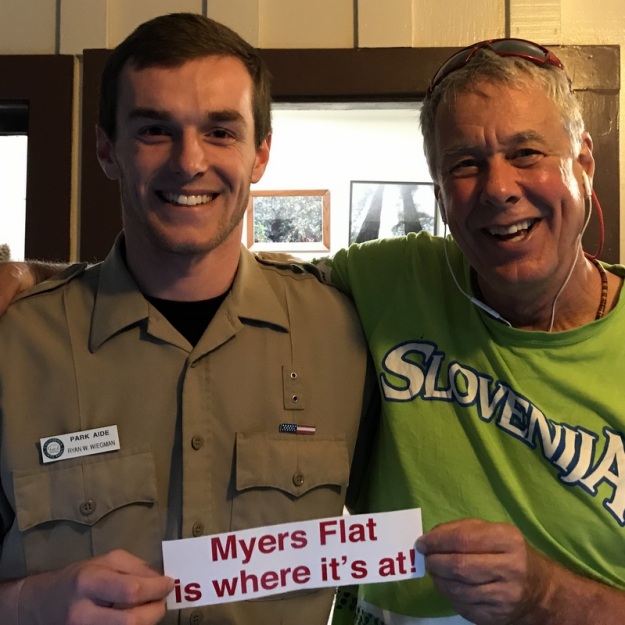 Ryan was our trusty park ranger.  He worked 4 miles from Myers Flat and hadn’t seen the bumper sticker yet, yep I bought him one.  The saying was so true yesterday but not as much today, if you grow marijuana.   10 years ago marijuana grown here sold for $5,000 per pound, today it can be bought for $600 per pound on CraigsList.  The growers or ex-growers…..

are taking apart their greenhouses and deciding what to do next.  Some who had been growing for 30 years, are looking back and wished they saved more money for retirement.  I heard about several people who had literally thousands of pounds and didn’t know what to do with it.  Someone suggested building a straw bale house with all of it.  With so many people growing now, there’s always new and fresh and so it’s out with the old.  I guess all good things come to an end.
BIKING THE REDWOOD FOREST
Biking the 31 miles on the Avenue of the Giants was the best so far.  The trees are huge, the traffic light & slow.    I felt I was in an enchanted forest and little leprechauns were going to come out from behind the trees. 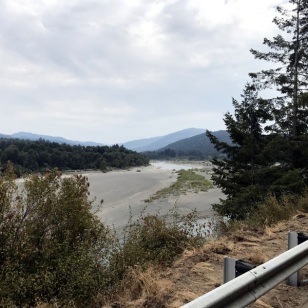 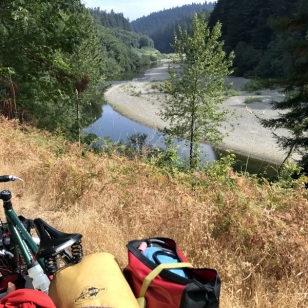 I’ve always loved traveling Europe because of it’s long history.  I lived in Skofja Loka in Slovenia, a 500 year old town.  All of America’s settlement history (not counting the Indians), is only about 250 years.  But the best history America has to offer is it’s natural history.    I went on a guided walk in the redwoods.  The trees were up to 2000 years old.  For every one foot in diameter of a tree, that equals 100 years.  The redwood tree roots are only 3-5 ft. deep, some trees join roots to maintain.  There are fallen trees everywhere, with new trees sprouting from the fallen ones.  The forest is left in it’s natural state, it’s absolutely amazing. 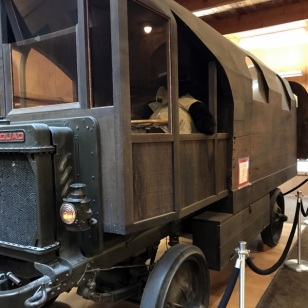 BIKING THROUGH A TREE 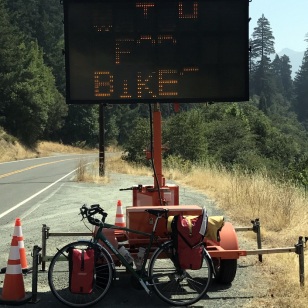 The hiker/biker spots need no reservations and are only $5 per night.  I did drink some “Great White” beer, but then thought Charlottesville? but really it’s named after a shark.  Then I spotted LawnMower Lager, 25 years of landscaping, I had to buy some.  At camp one Australian women had the smallest “coffin” tent I’ve seen. 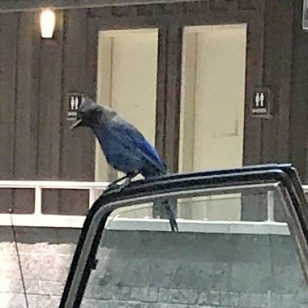 I stopped in Fortuna before the redwoods and the EEL River “organic” Brewery that’s next to the campgrounds.  Some fun signs inside. 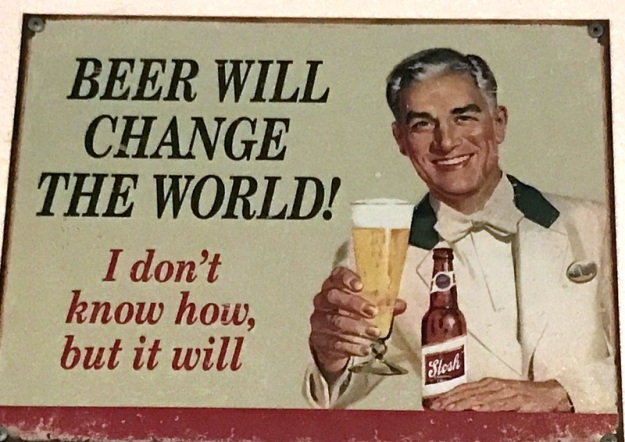 I stayed my allotted 3 nights at the Burlington campground in the Redwoods.  Then to Garberville for the Friday Farmers Market and several art Galleries.

I got to The Peg House and Gary convinced me to stay.  He said the best swim hole on the Eel River is here and they were having live music that night.  I’m easy, I stayed 2 nights and ate some great BBQ oysters from his grill. 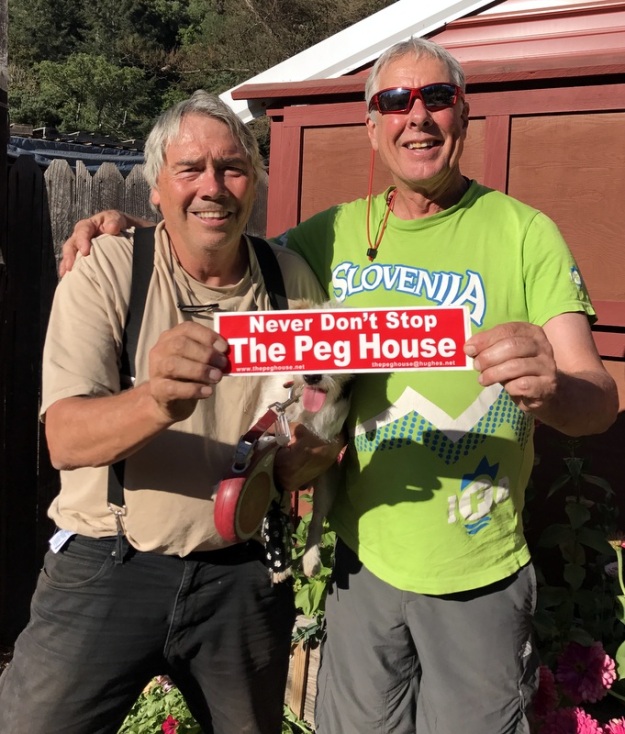 GARY THE OWNER OF THE PEG HOUSE (& E-BIKE OWNER!)

One of the musicians missed the turn right before they were going to play.  I also met these two people from Chile who weren’t traveling together, but met in SF and again at the campground, good times and funny as ever.  The EEL River swim hole was awesome, but something else I saw, 3 temporary bridges so people could cross a various spots, pretty cool.

CHILLIN WITH THE CHILEANS, ALEX & MARIA 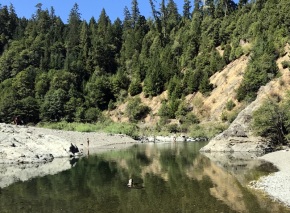 EEL RIVER SWIM HOLE “THE BEST FOR SURE”

I rode the dreaded Legget hill, at first I tried to hitchhike(nope), I rode.  It’s where Highway one both ends and begins it’s journey down the coast.   It was Monday and there were probably 20 cars all day, it was a close second to Avenue of the Giants.  I heard about California’s heavy winter rains this year and all the damage.  Sometimes I go only 10 miles and there’s another landslide and the road is missing.  I’ve probably been by 20 such sites, easy. 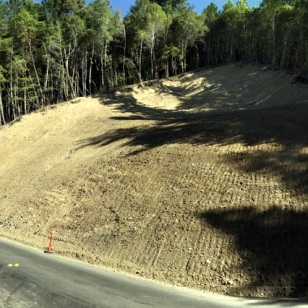 ONE OF MANY LANDSLIDES

GETTING CLOSER TO THE COAST

FOG NEAR THE COAST 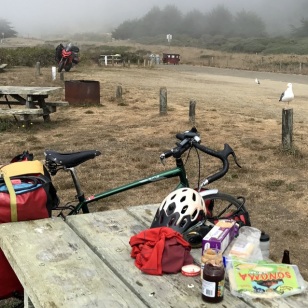 LUNCH WITH THE SEAGULLS 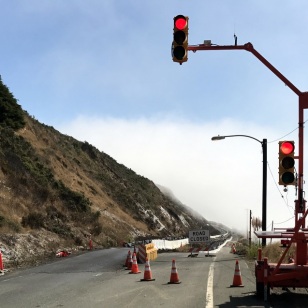 ONE OF MANY ONE WAY ROADS 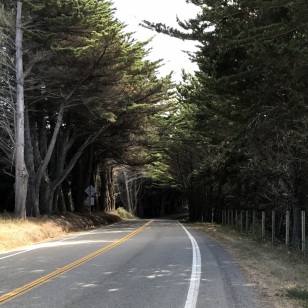 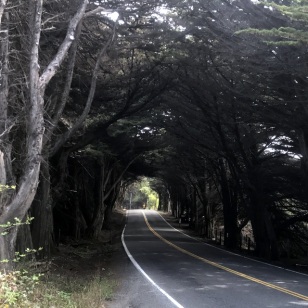 I’m in the Fort Bragg library.  I find the internet was better in Romania than here.  I hope your enjoying the ride as much as I am.
See you, Jeff 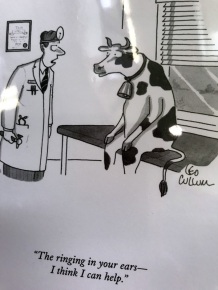 3 thoughts on “MEYERS FLAT IS WHERE IT’S AT: REDWOOD TREES & MARIJUANA”