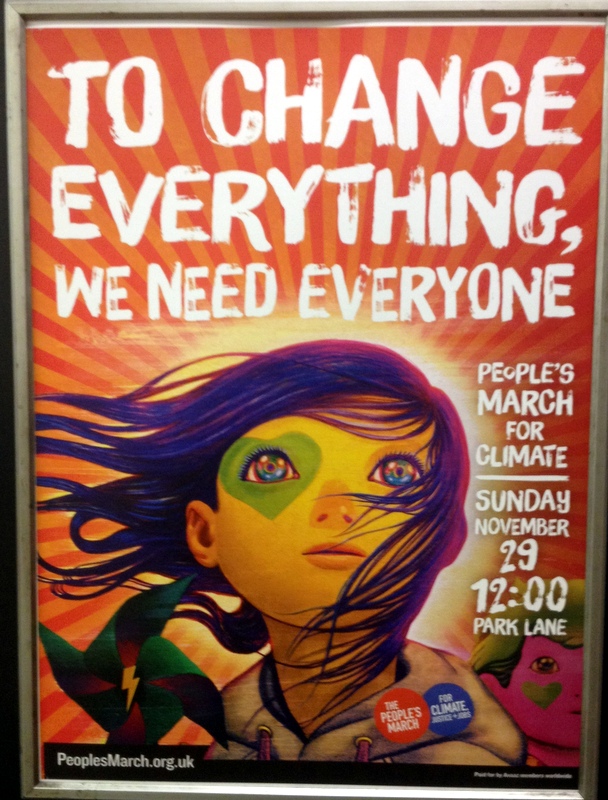 THIS WAS POSTED AROUND TOWN AND AROUND THE UNDERGROUND

Live music is a difficult find here in Slovenia.  So while re-searching the internet about  Courtney Barnett, I saw she was playing 6 shows around the U.K.  I checked Easy-Jet, 47€ to London, Natasa OK’d it.  When investigating what was going on in London, I came across the November 29 Climate March in London.  My whole trip changed knowing that.

For me the Climate Change issue is far bigger than any live music event and it should be for all of us.  There was a same day march in Paris.  I discovered that Paris, being home of the World Climate Change Summit (COP21), had many other events planned too.  So, my plans were set 5 days London, 5 days Bristol (to see Courtney Barnett) and 1 week Paris.  Before I left, the terrorist attacks happened in Paris.  I was still going, you know, “we can’t let the terrorist win.”

I contacted several hostels in London, They said I couldn’t be over 40 or 45 years old to stay at either hostel.  I got a hotel, $100 per night with breakfast (& lunch, I made sandwiches).  I’ve been reading about London’s Bike Share, called “BORIS BIKES” and couldn’t wait to ride some.  Boris is the pro-bike mayor of London.

I FIND MY FIRST BIKE TO RENT, NICE FULL RACK.

I’ve never been a big fan of Bike Share, but I really wanted to give it a try. I get the App,  and can now find and rent bikes all around town. I head to the beginning of the Climate March.  The best thing about the Bike Share is that I was able to drop off the bike and walk in the March.  I didn’t have to worry about having my bike stolen. I marched with 50,000 people, it was inspiring and gave me hope for the future.

GLAD TO BE BIKING 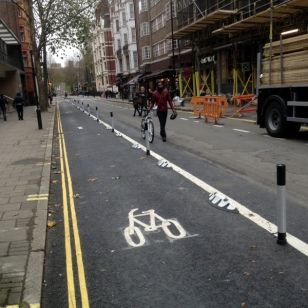 BIKE LANES WENT ALL DIRECTIONS ON A ROAD,

TESTING IT OUT FOR THE MARCH

VEGAN ISM WAS A BIG THEME. 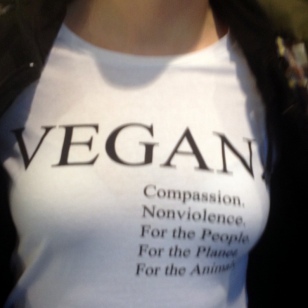 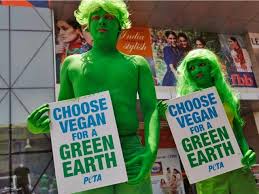 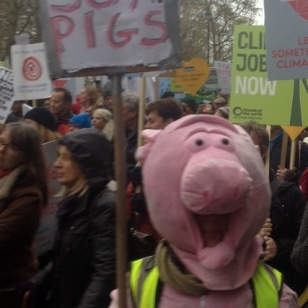 SWIM MASK FOR A RISING OCEAN 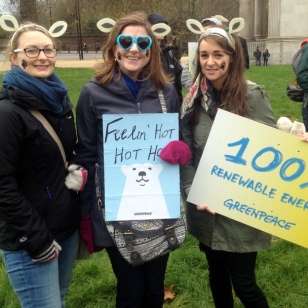 FILL IN YOUR CONCERNS

IT’S ALL OF US TOGETHER CAUSING CLIMATE CHANGE, BUT MOSTLY THE RICH. 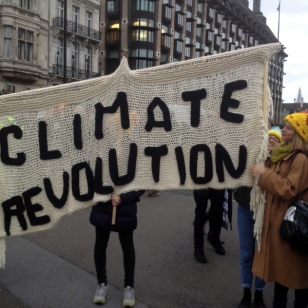 CAPITALISM IS SO BROKEN 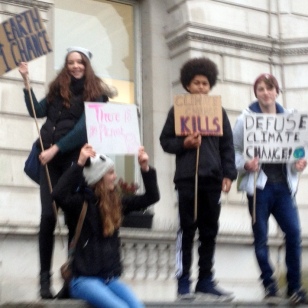 THERE WERE LOTS OF YOUNG PEOPLE AND FAMILIES 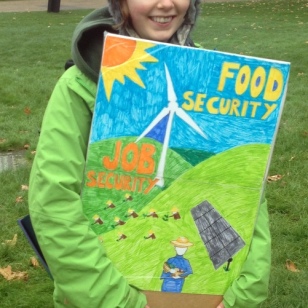 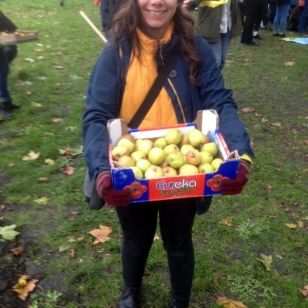 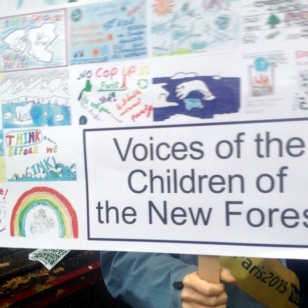 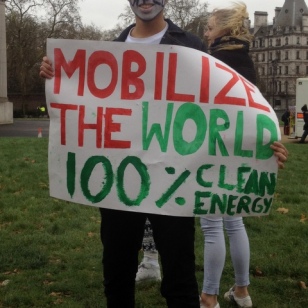 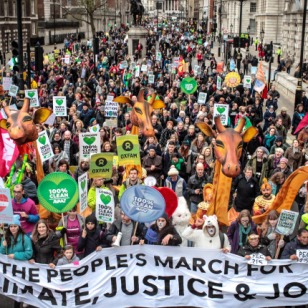 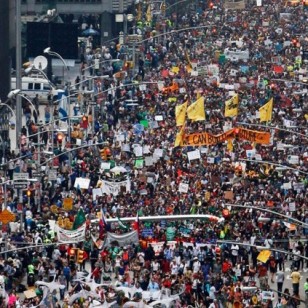 THE ESTIMATES WERE 50,000 CONCERNED CITIZENS

There were so many solutions to address the impending Climate Crisis: GO VEGAN, POPULATION CONTROL, FOOD WASTE, EATING LESS OR NO MEAT, BIKES, FRACKING, COAL & OIL LEAVE IT IN THE GROUND, END CAPITALISM (this is my favorite),  SOLAR POWER,  OWLS, DOGS, NO NEW RUNWAY, FOOD SECURITY, CLIMATE JUSTICE AND JOBS.  It is great to participate in a protest when it’s something you really believe in.  I can’t wait to see how Paris accepts the protesters?

Now that I’ve got the Boris Bikes figured out, I want to explore London by bike. I want to use the new bike infrastructure that I’ve read so much about and other sights (of course). 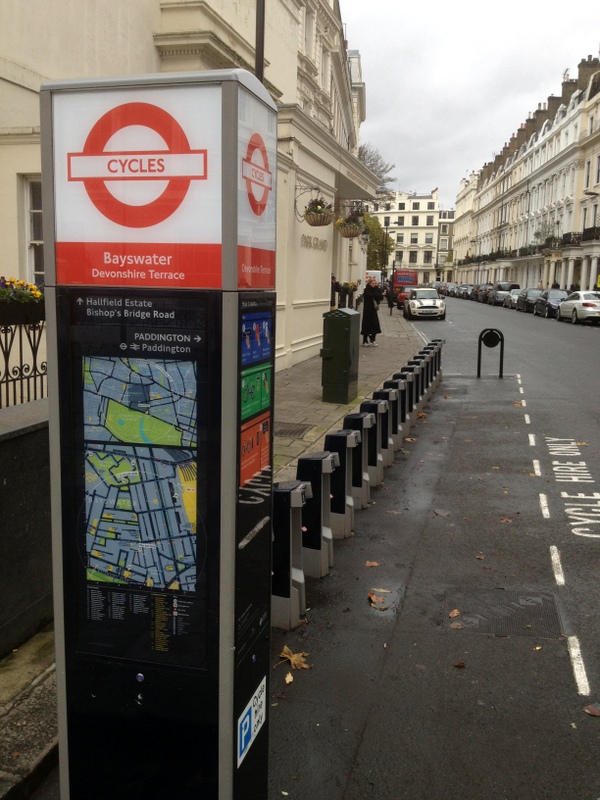 FIRST I HAVE TO FIND A BIKE

The bikes are pretty popular with residents and tourist.  There are 4 stations within a 5 minute walk of my hotel.  There are 10,00 bikes and over 700 docking stations.  The app tells you how many bikes each station has and how many empty spots if you want to drop off your bike.  The London bike scheme cost taxpayers about $15 million, Paris and New York’s are self-sustaining.

THERE WERE SOME PRETTY COOL BIKE ROUTES 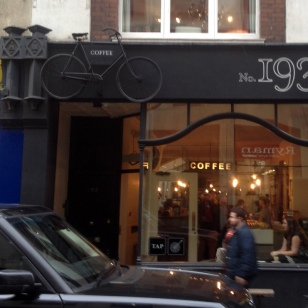 CARS PARKED IN EVERY DIRECTION, AND THEY DRIVE ON THE LEFT SIDE OF THE ROAD, I NEVER KNEW IF I WAS ON A ONE WAY STREET OR WHAT? 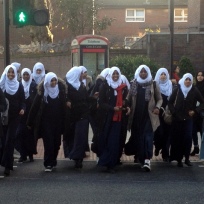 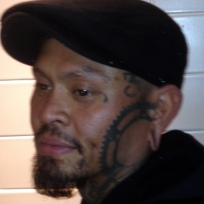 I SAW THIS GUY IN THE BATHROOM, THERE’S A DEFINITE BIKE CULTURE HERE. MATCHED ON THE OTHER SIDE OF HIS FACE. 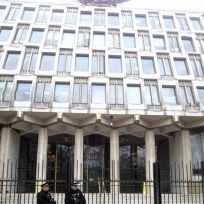 LINE OUTSIDE U.S. EMBASSY TO GET A VISA

They say English food is somewhat boring, but I found the food simple, healthy and very satisfying. 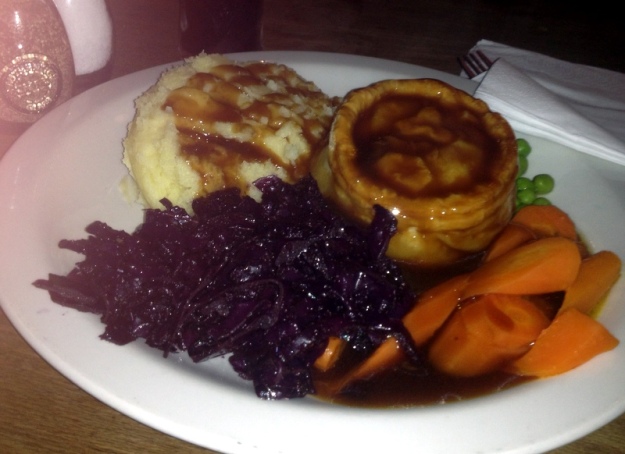 The best thing about the Boris Bikes is the ability to drop the bike off and go explore London on foot.
There was a  Christmas Carnival in Hyde park, so I dropped off my bike and walked around “WinterWonderland”

Speaking English has never been a problem in the 22 countries I’ve traveled to in the past couple years. The one thing I do miss though, is being able to read the local newspaper. So here in the UK, I bought a paper and read it through and through. 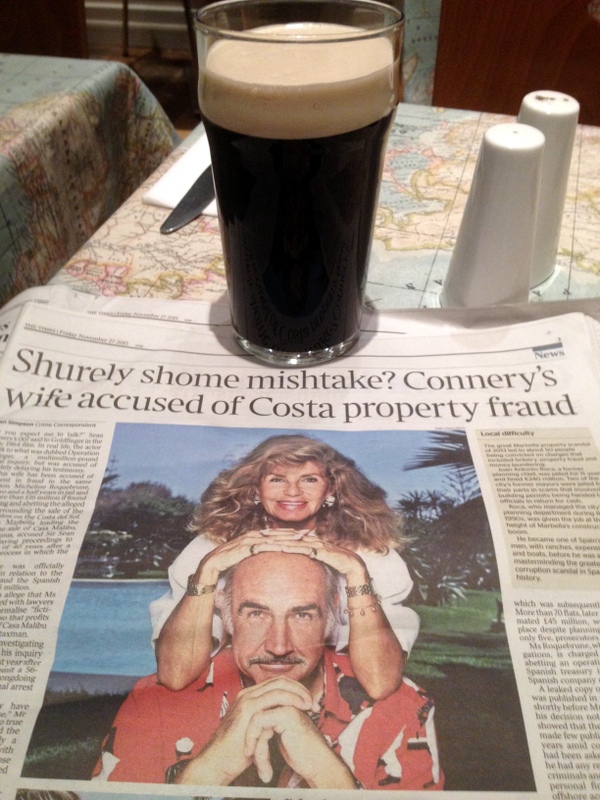 This story about 007 & his wife selling their property in Spain and not paying the $8 million in taxes.  They interviewed Connery and said he was basically in failing health so they weren’t going to pursue him.  They’re going after his 86 year old wife instead.  She’s facing 2 1/2 years in jail and a $24 million in fines.

A couple of random photos from London.  I also went to see  Thee Oh Sees.  I was talking to the people next to me at dinner and they were going too.  They recommended I sit in the balcony, I’m glad I did the mosh pit was crazy, but fun to watch!

THIS IS A GREAT CONCERT MOVIE WATCH IT!

I SENT NATASA THIS PHOTO AND WARNED HER, I’M GOING TO NEED THE COMB OVER SOON

I hope I didn’t bore you with this looong post, but that’s my 5 days in London, Enjoy.

Thanks for reading
Jeff 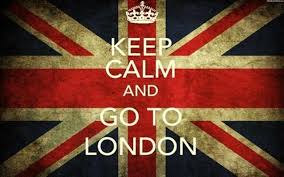 BE SURE TO BRING PLENTY OF MONEY